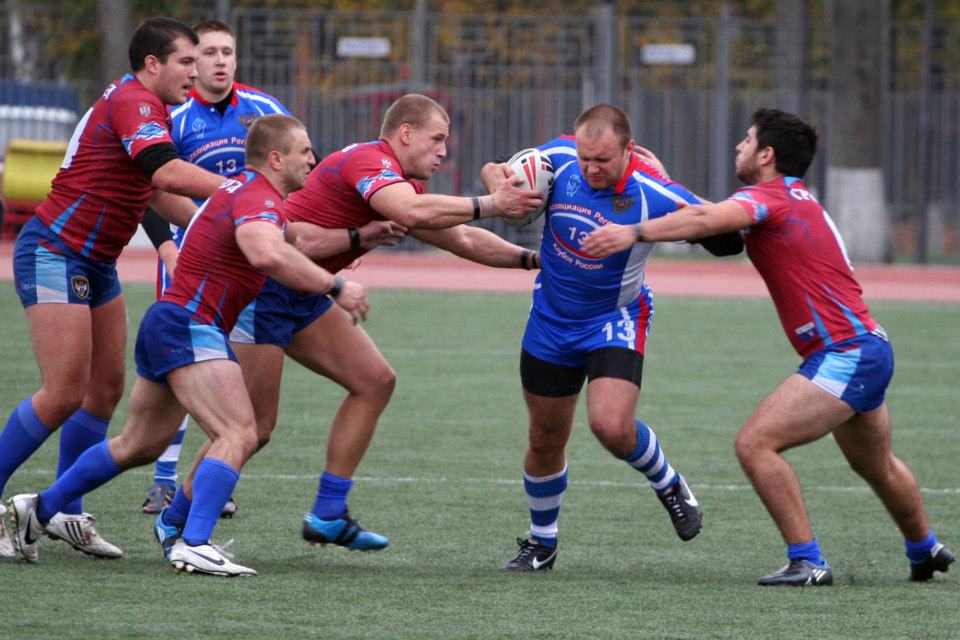 Serbia claimed an historic, first-ever victory over Russia at the eighth time of asking, to secure their position at the top of European Championship B, at the Makis Stadium in Belgrade.

The 20-15 triumph, in a terrific clash, also maintained their ambition to make the European Qualifiers next year for the 2017 Rugby League World Cup.

Russia led by a point going into the final five minutes but a second try from centre Stevan Stevanovic, on the end of a fine passing move, saw the Serbians home to wild acclaim from their fans.

“It was a tough game, we are a young Serbian team and everyone played well,” said skipper, scrum half Dalibor Vukanovic. “We haven’t played this well before, the older players were able to lead the way and our level is going up and up.

“I’m the oldest in the Serbian national team (29), I played against the Russians for the first time in 2006 and I’m the only player left from that time, so the win means a lot to me. The coaching staff did a really good job.”

In front of a passionate crowd, Serbia showed their intent early with some big hits in defence and forced an error from Artem Grigoryan to gain excellent field position, only for debutant Jason Muranka to knock on under pressure.

Milos Zogovic made good ground from full back for Serbia; veteran Denis Korolev answering in kind.

Serbia began to dictate thanks to some great running from Stefan Nikolic but the advantage gained from a poor drop out by Aleksandr Lysokon was wasted by a Milos Calic knock on, and a further attack ended with a kick over the dead ball line.

Korolev threatened against the run of play, but a wonderful tackle by Zogovic halted his progress.

Serbia finally made the breakthrough on 22 minutes when, after a great run from Dalibor Samardzic, Vladislav Dedic fought his way over from close range and converted his own try.

Dmitriy Bratko intercepted a Vukanovic pass and Russia and came close to scoring through Korlolev, but they were held out by some fierce Serb tackling.

As the half wore on and the play flowed from end to end, Dragan Jankovic and Korolov again, respectively, come close.

Russia finally make a breakthrough just after the half hour when, after Jankovic knocked on a high kick, experienced hooker Roman Ovchinnikov went over from a great pass by Kirill Kosharin, Lysokin adding the extras to level.

Serbia bounced back, Samardzic only stopped by a desperation tackle from Rustam Bulanov, while three home players prevented loose forward Kosharin strong-arming his way over from close range for Russia.

Right on the break, Stevanovic broke clear on the left wing from a great pass by Vukanovic to power over, Dedic missing the conversion to leave it 10-6 at half time.

Kosharin began the second period in similar damaging fashion and it paid off when Andrey Zdobnikov crossed after Lysokon retrieved his own kick following a charge down and floated a delightful pass, Lysokon missing the conversion.

Both sides had chances, Stevanovic knocking on and Korolev a few metres in front of a likely scoring pass.

On the hour, Serbia again went ahead when a quick passing move saw Crvena Zvezda’s Zogovic go over in the corner from a brilliant pass by Nedeljkovic, Dedic missing the extras.

With tensions high, mistakes were starting to creep into the play and Russia took advantage of some Serbian indiscipline, good hands seeing Korolev finally score in the corner despite Serbian protestations of his foot being in touch; Grigoryan missing the conversion to leave the score 14-all.

Stefan Ilic knocked on and it seemed as though Serbia’s chance had gone but Mikhail Burlutskiy did likewise.

Russia thought they had sealed the game when Kosharin went over, but he was adjudged to have been offside.

With a reprieve, Serbia went for broke and Stevanovic forced his way over from an expansive passing move, Dedic landing the conversion.

Russia tried one last attack but Vladimir Odnosmov was judged to be in front of Ovchinnikov when a try seemed certain.

A missed drop goal attempt by Stefan Nedljkovic did not ultimately matter.

Russia coach Igor Ovchinnikov commented, “We prepared for a win, we expected to win, but the Serbians played really well and we made too many mistakes and that cost us the game. We’ve got two games left, so we’re just focussing on the wins. We’ll have to go back to the drawing board and make sure we cut out silly mistakes”