France not to take Serbia lightly 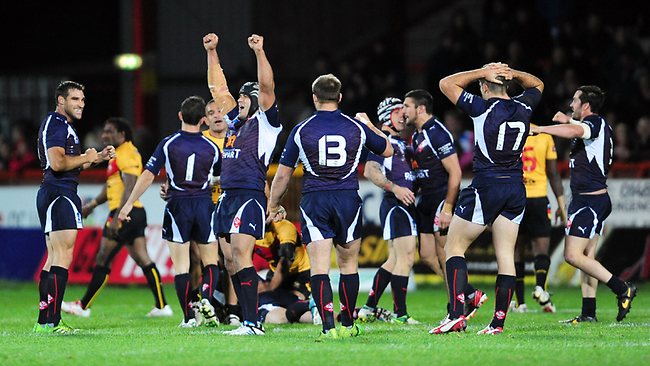 France ‘A’ are preparing to play Serbia in the Municipal Stadium, St Esteve tomorrow (Friday – kick off 7.30pm), opponents who arrive on a high.

The Serbians, fresh from a rousing 20-15 European Championship B victory against Russia in Belgrade last Saturday, are one of international rugby league’s form sides, having won four of their last five outings, including comfortable wins against Ukraine and Italy.

The French squad, which assembled in Argelès-sur-Mer, near Perpignan on Wednesday, is in a good frame of mind, according to coach Renaud Guigue, who is a member of France’s high performance department.

“We’ve got a tight-knit group with a good mentality,” said the Avignon coach. “The players are behaving more and more professionally which is important leading up to the World Cup in two years’ time.”

France has played Serbia twice before in the Mediterranean Cup in 2003 and 04 and won on both occasions.

“I think our strength will be our defensive organisation,” continued Guigue. “But our greatest error would be to take the Serbians lightly. We’ll have to play right, applying ourselves without over playing.”

Serbia, who will be without inspirational captain Dalibor Vukanovic, next play in Gemona on 20 June when they will be seeking to retain top spot in European Championship B. Third-placed Italy would leap-frog them and Russia with a 25-point victory and this clash is seen as deal preparation for Marko Janković’s men.