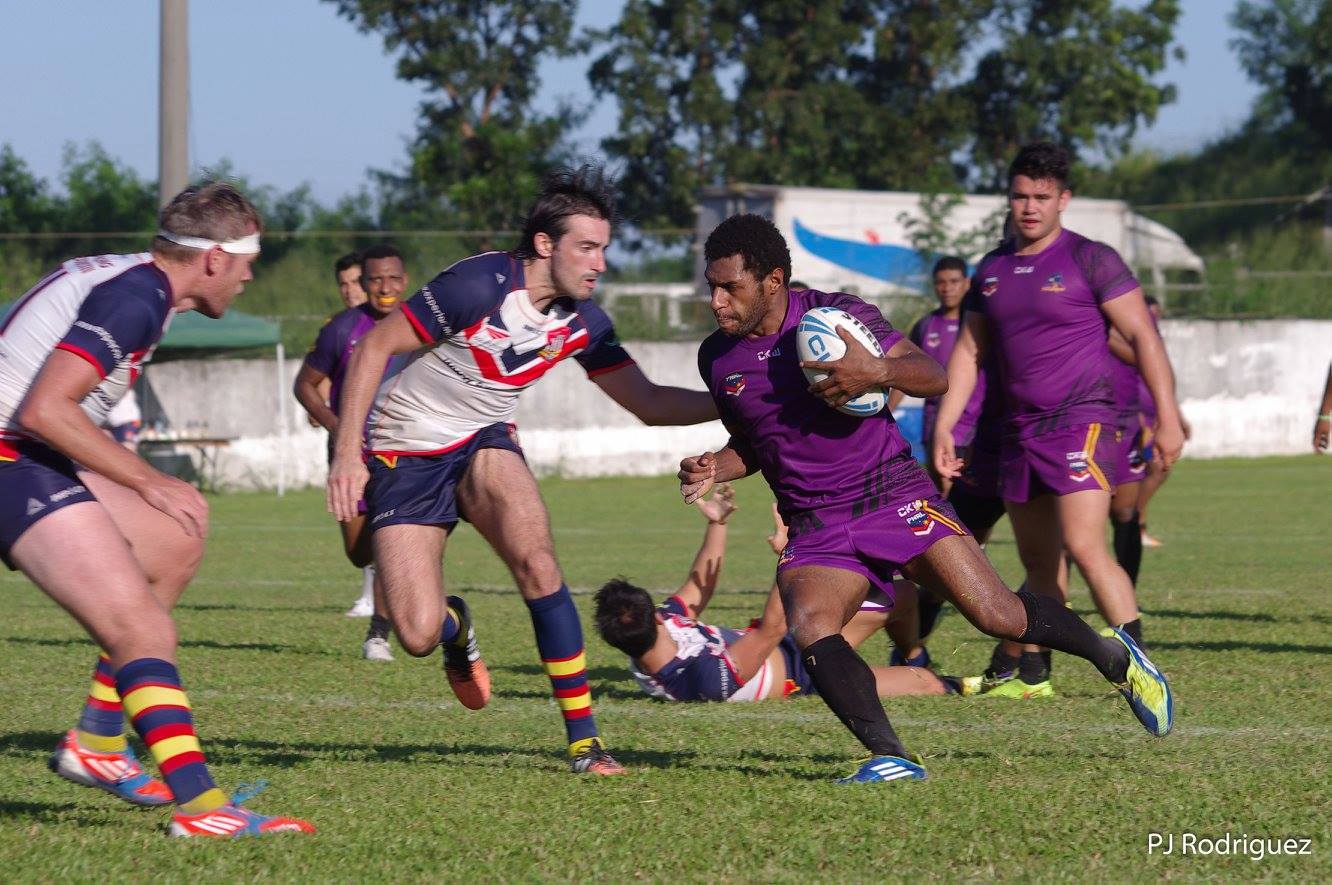 With only a total of six weeks’ worth of preparation due to Typhoon Lando, the newly formed Manila Storms Rugby Lague team captained by Al Del Castillo Tesoro, fought a hearoic battle against the Hongkong Residents team . 34-40, at Southern Plains, Alabang in the team’s first official match.

The team was pioneered ony last 1 September by four Filipino players who answered the call by Papua New Guinea national Timothy Buipe who lives in the Philippines, to play Rugby League in Manila’s iconic Rizal Park.

Coach Timothy stated said, “75% of the Manila Storm team had no Rugby League experience. But they performed to a level that I did not expect of them.”

The game itself was so physical, the Hong Kong side had the size and experience advantage, but the Manila Storm team who were a bunch of new boys put in solid defences that was so strong, that it made it difficult for the Hong Kong team to score more tries.

At one point both scores were even, but the boys did a few ball handling errors at crucial moments, allowing the Hong Kong side to take advantage and get ahead.

This was the first experience of Rugby League for these local Filipino players, but they played with their heart and pride for their country in their home soil.

They just really surprised viewers on the Field during the actual game.

The next match for the Manila Storm is on December 7. When they travel all the way to the foot of Mt. Mayon to Legazpi, to play the Albay Vulcans Rugby Club which was founded by Ric Raymond Bellen, a 2013 Philippines National Rugby League non-voting board member.

The Manila Storm and Hong Kong Resident line up for this historical first International Club Rugby League game in Manila were:

Twenty-three year old Elvis Jensen from Toowoomba, Queensland is one of the regulars. Currently working as residential youth worker for five years, Elvis is son of Yolanda Casuga Jensen from San Fernando, La Union. He joined the Manila Storms together with the Filipino and PNG boys who trained under coach Timothy Bipe.that it doesn’t matter and we’ll still try our best.

He said he trained hard under the sweltering temperature in Manila and noted how intent pumped up local Filipino boys who trained for Manila Storms.

Actual game score remained close throughout the first 2 quarters. Storm only just lost the first quarter and keep the scores even in the second quarter. After half time, one could tell the heat was really sucking it out of the players, as well as their fitness wasn’t the best.

However the team managed to fight hard in the 3rd quarter, unlimited interchanged favored both teams on the day, as the heat was incredible. I don’t think I’ve ever played in such great heat/humidity during a game in my whole life of playing rugby league.

At the 4th quarter, the team tried the hardest to pump up all the Filipino boys as win was so close and they were only behind by a few points. Although the Hongkong side was so much bigger, the boys held their own throughout the entire game. One should be impressed how well all the Filipino boys played, especially with their runs and tackling.

Throughout the whole game there was no negativity shown, which made many proud. There were no serious injuries for either sides on the day which was good.

After the game, the boys weren’t disappointed, but were happy and grateful for being involved in the first domestic rugby league in the Philippines. Yours truly don’t think had been involved in so much picture taking after a game of rugby league before. It was a great successful day for rugby league and rugby league development in the philippines,