Home > International > NRL > Queensland name side for Origin I

Queensland name side for Origin I 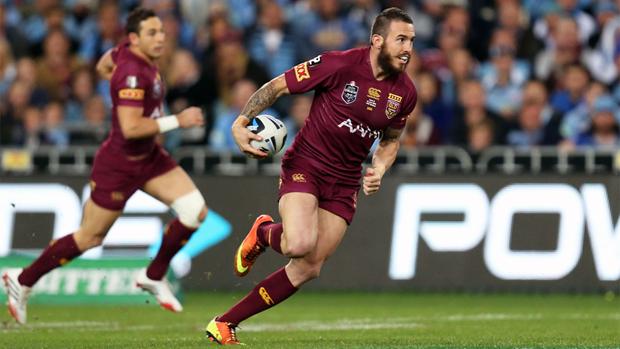 Darius Boyd and Josh McGuire have been included in a familiar-looking Queensland XXXX Maroons side to face NSW in next Wednesday’s Holden State of Origin I clash at ANZ Stadium.

Boyd will again line up on the wing for Queensland despite only playing two games this season since returning from injury, while McGuire will make his Origin debut from the interchange.

Daly Cherry-Evans was initially named on the bench but has been replaced by Michael Morgan due to a shoulder injury.

Jacob Lillyman returns to the side on the bench, while Roosters young gun Dylan Napa has been named 18th man.

“We’re very happy with the depth of the squad. It’s great to see everyone together again,” said Queensland coach Mal Meninga, who has agreed to coach the Maroons for another three years.

Maroons skipper Cameron Smith had some drama of his own over the weekend, taking an early guilty plea for a dangerous contact charge which makes him free to play in Origin 1.

“I’m glad to be available for game one,” Smith said.

“Last year was pretty disappointing – it’s pretty hard to let go of that shield. We’re determined to play a good game in Sydney and get the series off to a good start.

“Our goal this week will be making sure we train exceptionally well.”