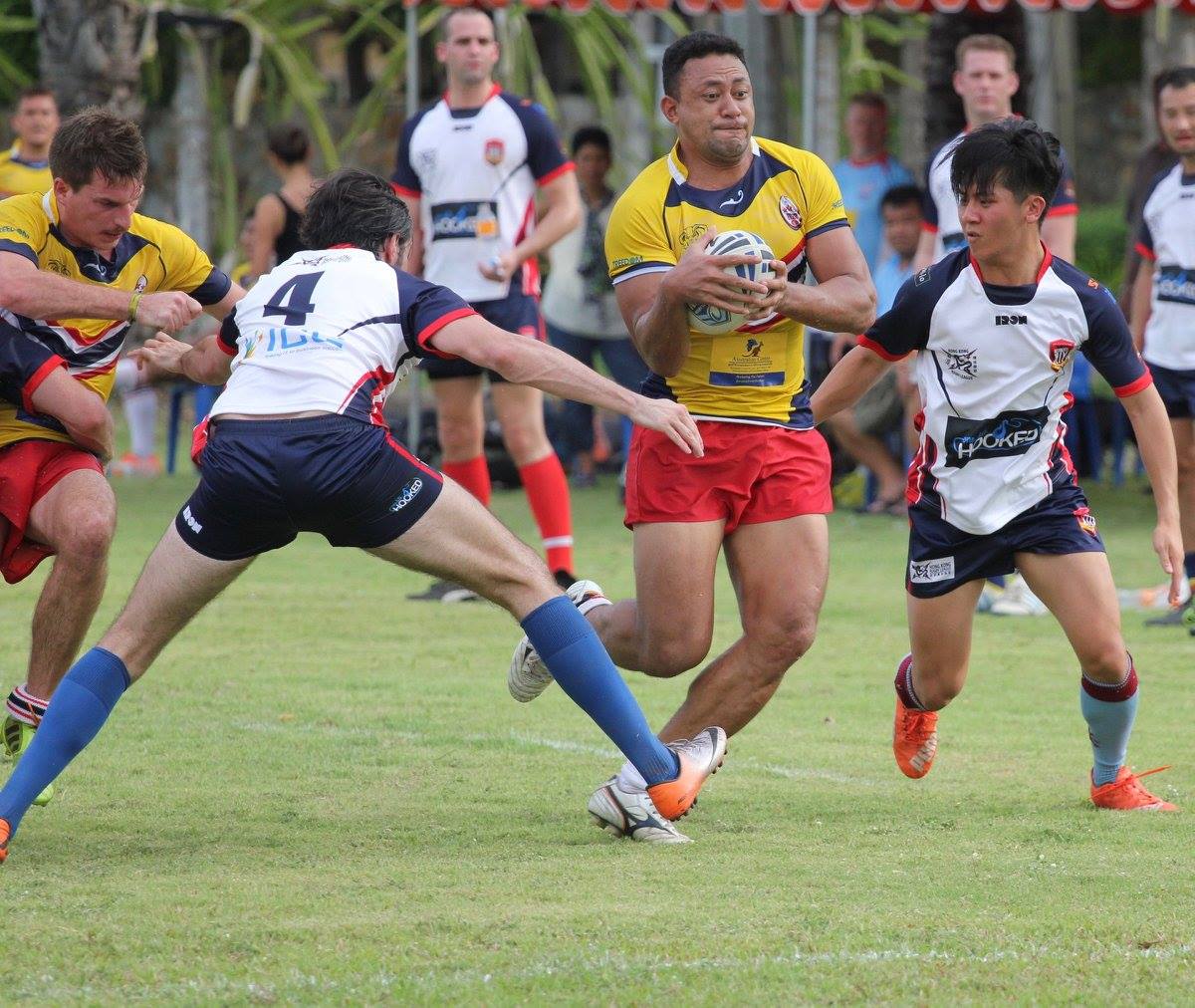 Two tries in the final ten minutes has given the Hong Kong Residents a 20-16 win over the Thailand Residents in the first ever international match played in Pattaya, Thailand.

Thailand Residents dominated the third quarter to lead 16-8 and were poised for victory until Hong Kong Residents surged through tries to winger Rob Hotchin and back rower Hugh Quinivan.

Warm but comfortable conditions greeted the players and after a brief welcoming ceremony for Hong Kong who were making their inaugural tour to Thailand the match got underway.

Some brutal exchanges from both sets of forwards early saw a number of possession turnovers in which one led to the first try of the match when Hong Kong winger Hotchin scored the first of his double taking advantage of an overlap. The conversion was unsuccessful.

Just before the first break, Thailand got on the scoreboard when fullback Sakul Chopaka scored after the ball was kept alive close to the tryline. The try was not converted and the scores were locked at 4 all at quarter time.

Shortly after the resumption, outstanding Hong Kong fullback Doug Fluker busted his way through and showed good pace to round the cover defence and score out wide. Fluker failed to convert his own try.
Thailand’s left side attack was proving to be a formidable challenge for the Hong Kong defence with big centre Kane Epati putting his winger Richard Chigumba over only for the ball to be spilled which proved to be a lost chance.

Flying Thai Residents winger Chigumba certainly made up for his earlier error before half time when he scored a magnificent try. Centre Epati broke through and put Chigumba away and raced down the sideline then turned two cover defenders inside out to score one of the great tries. Ben Geldart converted which put the Thai Residents in front 10-8.

The Thai forwards were starting to make inroads up the middle and had Hong Kong on the ropes. A shift to the right saw Julien Domenech into some space and after a dummy he streaked away to score under the posts in his first game of Rugby League. Geldart converted and the Thai Residents were out to a 16-8 lead which remained until three quarter time.

Hong Kong certainly picked up the pace in the final quarter and were dominating possession after Thailand failed to stop the ball going dead from the kick off.

Hong Kong took full advantage and crossed out wide but Thai back rower Marcel Aloumbe made a remarkable tackle to hold the player up.

It was short lived however when Hong Kong centre Ian Molyneux broke the line and put Hotchin over for his second try. Fluker converted from the sideline and it was game on with the Thai Residents leading 16-14.

Hong Kong continued to capitalise on some poor ball control and Hugh Quinivan scored what would be the match winning try with six minutes remaining when he took an offload and forced his way over. Fluker converted for a 20-16 lead.

A nervous few minutes lay ahead for Hong Kong and with some simple handling errors on their own line gave Thailand a chance to steal the game. They went very close to scoring but a pushed pass gave Hong Kong the ball and a thrilling victory.

Hong Kong’s Toby Lei, a former Sydney Roosters Under 20’s squad member had a very strong game playing prop and was judged the player of the match at the after match presentation by the resort’s pool. Fullback Fluker, winger Hotchin and prop Lee Griffiths also had strong games.

Kane Epati, Marcel Aloumbe and William Evans were the best for the Thailand Residents.

A well deserved away victory for Hong Kong in a gruelling match played in great spirit. 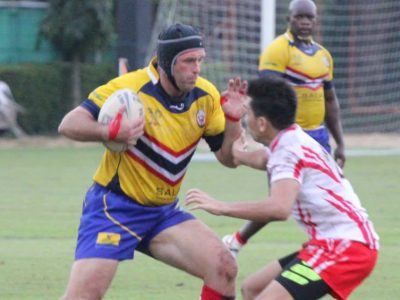 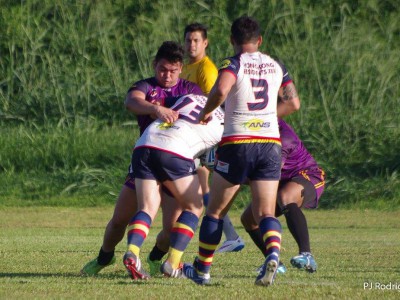 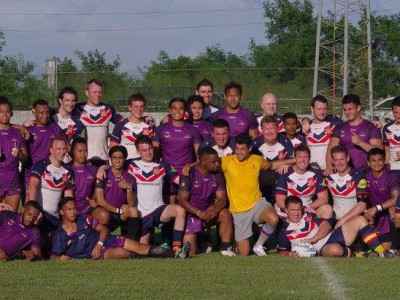