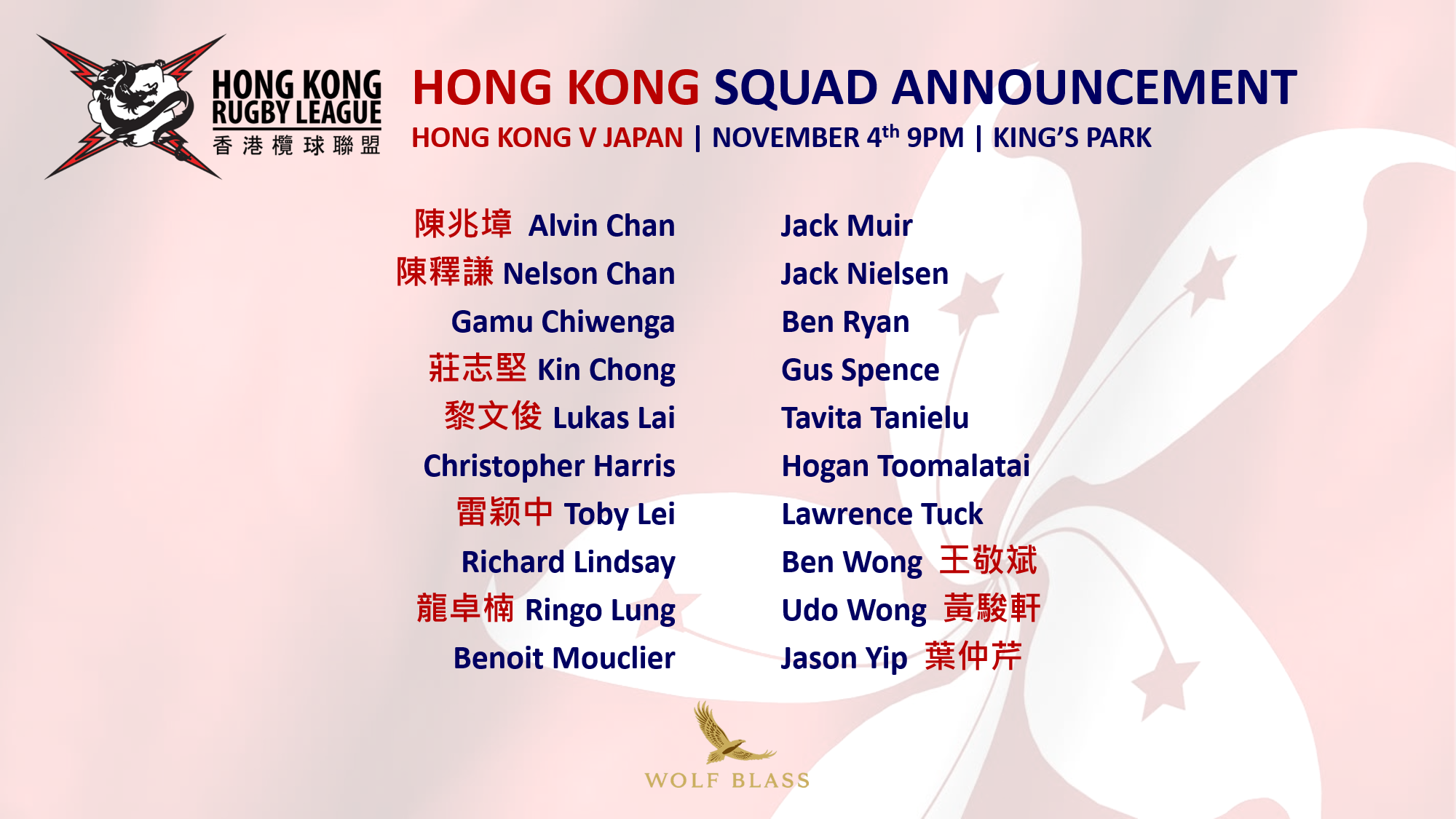 Hong Kong has today announced a 20 man test squad (including 3 reserves) to play Japan in their first ever side international test match and will be coached by Jason Fairleigh.

The squad is predominantly made up of players who featured in this year’s inaugural ICG Super League and Battle of Origin, including Kowloon Tiger’s winning captain Jack Nielsen who will become Hong Kong’s first ever dual-code international. Two players based in Sydney will be joining up with the squad, including HK Resident’s captain and ex-Sydney Roosters under 20’s star Toby Lei. The youngest member of the squad is Gus Spence, who will be just 17 years and 110 days of age should he make his debut.

The match will take place at King’s Park on November 4th, 9pm. Entry to the game is free and will also be live streamed on Hong Kong Rugby League’s Facebook channel. 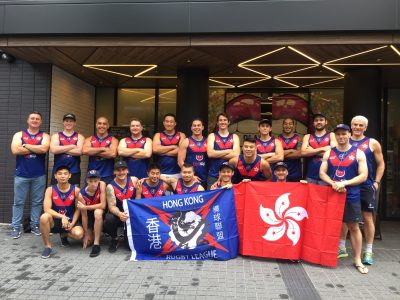 Hong Kong Take on the World
About Post Author