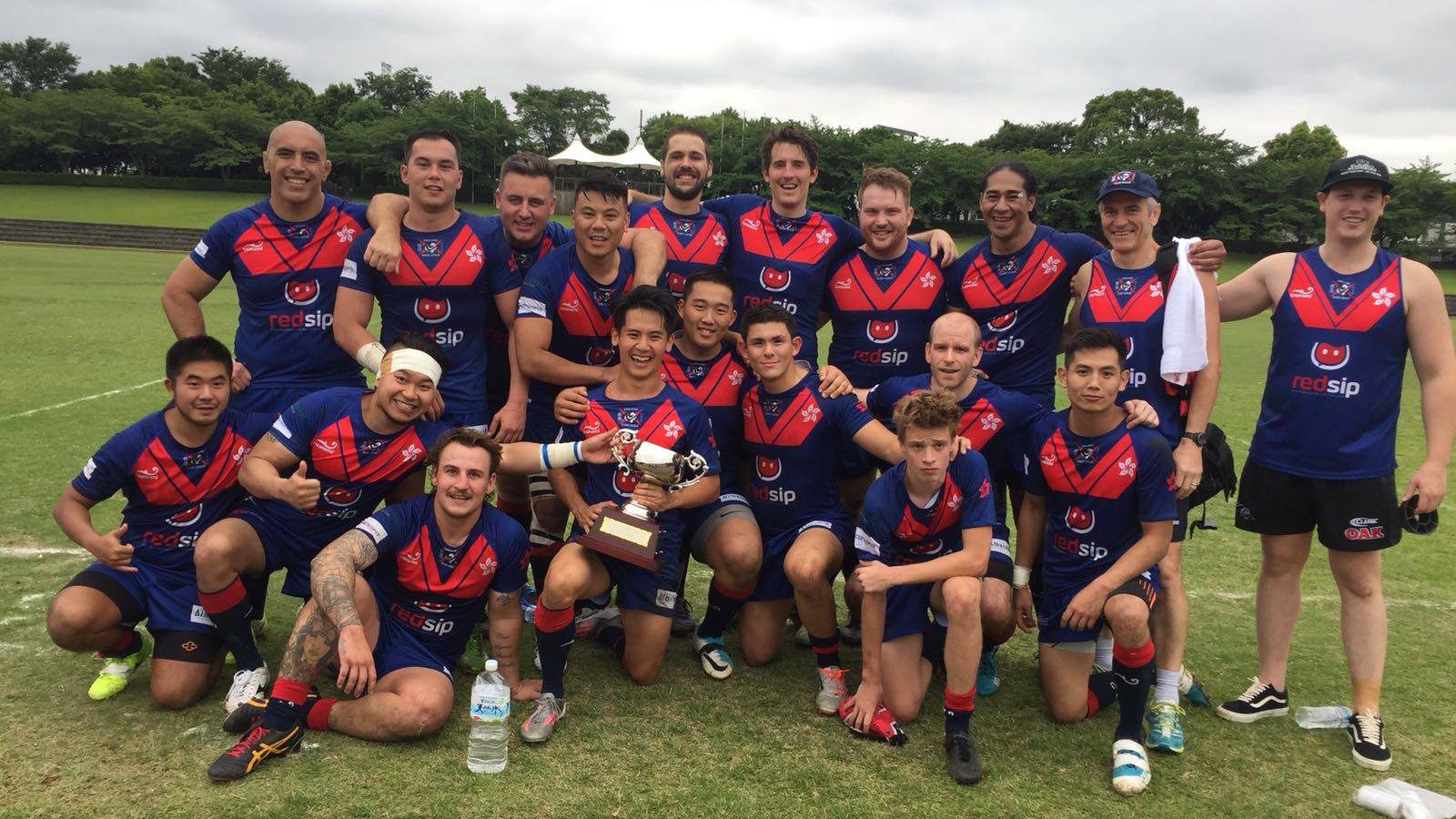 In an historic victory, Hong Kong Thunder beat Japan Samurais 32 to 20 at last weekend’s East Asia Cup test match. Hong Kong took the lead early, and finished the game with three tries by man of the match Hogan Toomalatai, and one each from Gus Spence, Craig McMurrich and Ghislain Baleyte.

Japan went ahead early in the first half but great hands by the forwards led to Baleyte scoring first in the corner. Spence then took control of the game and scored then set up another for Toomalatai after some deft kicks in behind. Toomalatai scored his second before the halftime whistle.

A second half comeback by Japan wasn’t enough to topple their rivals and, despite multiple spilled balls and indiscipline by Thunder, the score ended Japan 20 – 32 Hong Kong, with tries first from McMurrich and then again from Toomalatai in the final set.

Hong Kong Thunder will be feeling confident coming away with the win ahead of the Emerging Nations World Cup in Sydney this October. The match marks a comeback after last November’s closely fought defeat to Japan in the first leg of the test, with Japan narrowly beating the home side 24-22.

Hong Kong Rugby League would like to thank sponsors, Redsip, Aimviva and CoreOfit for their support.