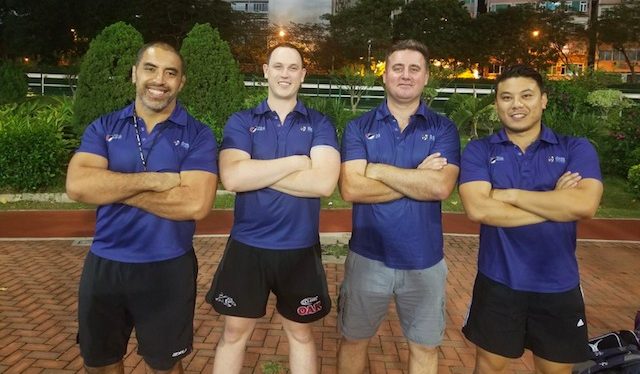 After an impressive victory in Japan, HK Thunder have confirmed the continuation of Jason Fairleigh as Head Coach for the upcoming Emerging Nations World Championship.

Since being announced as coach in 2015, Jason Fairleigh has been integral to the development of Rugby League in Hong Kong being part of the coaching, training and referee set-up, which has seen an annual domestic competition as well as an International 9’s event take place in Hong Kong.

Matt Jones and Jason Yip also remain as assistant coaches, both providing a wealth of experience in Rugby League knowledge having played in their respective countries, Australia and England, for a number of years prior to playing in Hong Kong.

Joining the coaching staff, Jack Nielsen is appointed Fitness Coach of HK Thunder. Jack who plies his trade as a personal trainer has designed specific workout programs to get the HKRL players fulfilling their potential. By providing strength and conditioning training to our players, Jack hopes this can push the team to another level come October.

Good luck to our coaches, and HK Thunder!